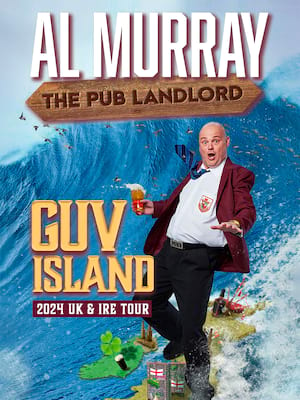 The Landlord of Hope and Glory returns!

Oi Oi then - Look who's back and heading out on a brand new tour for 2022 - it's only The Pub Landlord himself! With a barrel of new barroom banter, the iconic Al Murray is trailing the breadth and width of Britain once more on the Gig For Victory Tour.

One of the most recognisable comics in the country, Murray has been honing his hilarious alter-ego since 1994's Edinburgh Festival, since then he's had numerous television and tour appearances and the character has even published four books. Don't miss the 'people's man of the people' as he serves up his unique observations on the last year and offers a balm in the form of ancient pub wisdom.

Sound good to you? Share this page on social media and let your friends know about Al Murray at Alexandra Theatre.