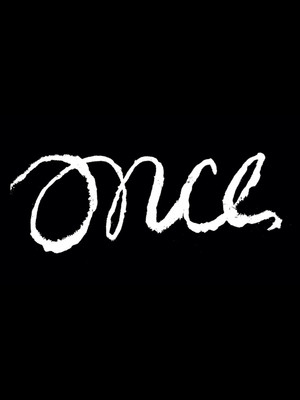 the broadway and west end hit tours the uk!

Winner of the Olivier Achievement in Music Award

Once is the low-key West End hit that has re-defined the modern musical! Once tells the story of a wistful Dublin romance set in a rapturous pub atmosphere, with performers who play the role of both actors and musicians! The effect is such that the story unfolds against an organic, joyful hootenanny vibe, irresistibly welcoming you into the heart of the show. On tour across the UK!

With heartfelt songs such as 'Falling Slowly' and 'Leave', Once is a meditation on life, on the brink of an existential crisis about paths not taken and chances seized. A simple show that will slowly bowl you over with its sweet melancholy, and make you laugh with sly wit, it's one of the more interesting screen to stage imports of the last few years, and well worth a trip for even the most resistant theatre fan.

WHAT IS ONCE ABOUT?

A passive busker named Guy is playing guitar when he meets Girl, with whom he shares a connection through a mutual love of music. The shy kindred spirits start to make music together, mixing their complimentary style to create a melancholic folk-rock sound that explores themes of love and loss.

Over the course of a week their lives change forever, there is poignancy and where there is a joyous celebration of love, there is also a bitter-sweet feeling that will stick with you long after you've left the theatre. This will not disappoint fans of the original film and innovative new theatre.

Director John Carney sketched out the outline for the original film in 5 minutes when sitting in a cafe in Dublin in 2004, because he was missing his girlfriend who'd taken a job in London.

May not be suitable for younger audiences

Sound good to you? Share this page on social media and let your friends know about Once at Alexandra Theatre.