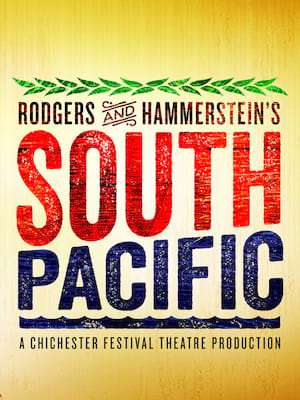 Coming from the esteemed Chichester Festival Theatre is yet another sensational restaging of a classic; this time Rogers and Hammerstein's South Pacific. A sub-tropical epic based on the Pulitzer Prize-winning novel by James A Michener, it's a captivating story of two cultures clashing on a small island, where prejudice and romance are pitched against each other as World War II rages around them.

Including some of the pair's best-known songs including 'I'm going to wash that man right out of my hair', 'Happy Talk' and 'Some enchanted evening', don't miss this fresh 5-star production as it tours the UK, bringing ravishing sets, choreography and a multitudinous cast - a true theatrical marvel.

The story follows two blossoming romances on an island in the South Pacific during World War II. Nellie Forbush, an American nurse, falls for the charms of wealthy French planter Emile De Becque, but is unable to come to terms with his past relationships with several local women. Lt. Joe Cable shares Nellie's prejudice, and although he is in love with a Tonkinese woman, he has trouble looking past the colour of her skin.

Sound good to you? Share this page on social media and let your friends know about South Pacific at Alexandra Theatre.