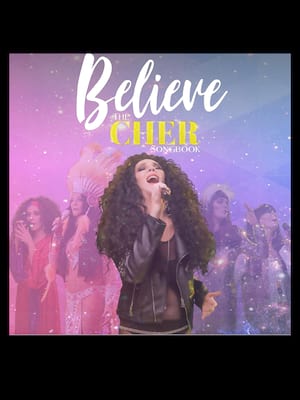 Believe: The Cher Songbook perfectly captures the personality of Cher, with the show breaking up into multiple sections to reflect the development of both her career and her personality, and with plenty of cracking tunes to boot.

Why See Believe - The Cher Songbook?

Bringing Six Decades Of Cher To The Stage

They say that two things are sure to survive a nuclear war - cockroaches and Cher. Thanks to her stunning powers of reinvention, the iconic performer is certainly proving the adage correct. Turning back time and celebrating a host of her career-defining hits, Believe - The Cher Songbook invites audiences to revel in the spectacle that is the Goddess of Pop, from the songs to the hair to the jaw-dropping costumes.

Brought to the stage by an ensemble of incredible musicians including a talented Cher sound and lookalike, the concert travels through a six-decade-long treasure trove of tracks and live performance moments including the early Sonny and Cher era of I Got You Babe, the breakout solo era of If I Could Turn Back Time and most recently, songs from Dancing Queen, the Mamma Mia feature film album.

Seen Believe - The Cher Songbook? Loved it? Hated it?

Sound good to you? Share this page on social media and let your friends know about Believe - The Cher Songbook at Alexandra Theatre.