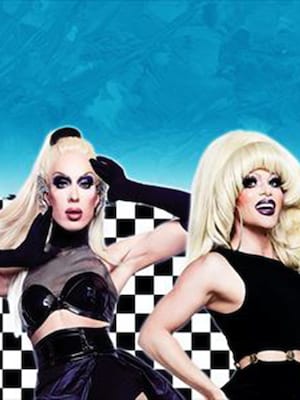 All images, logos and graphics are property of the production

It's a toot from us as Alaska and Willam bring their hilarious chemistry live to stages across the UK with the first Race Chaser tour! One of the biggest Ru Paul's Drag Race podcasts out there, Race Chaser sees these two fan favourites follow along with the competition in real-time, offering their hot takes on all the week's action, from the sickening costumes, hot tea, and backstage drama. This hella exciting live show will include their Drag Race chat, alongside special guests, live musical numbers, eye candy, and a whole lot of world-class drag - that's right, more than just a podcast recording, this is an unmissable extravaganza!

Sound good to you? Share this page on social media and let your friends know about Race Chaser Live at Alexandra Theatre.